The History of the Scout on Our Neckerchiefs 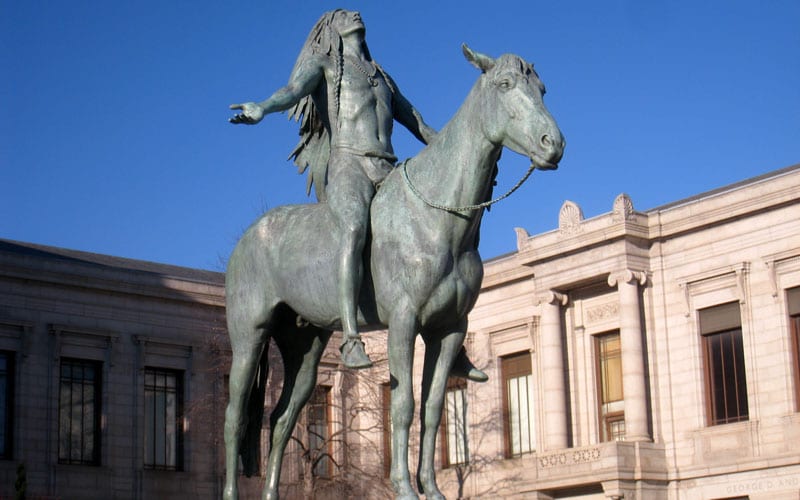 The Indian who sits on the back of every Scout in Troop 16 comes from a bronze statue by American sculptor, Cyrus Dallin. Titled “Appeal to the Great Spirit”, the statue, which stands nearly ten feet tall, can be found in front of Boston’s Museum of Fine Arts. Dallin sculpted a four-part series on the American Indians and “Appeal to the Great Spirit” was the last and the most popular. Smaller versions of this statue can be found in colleges and towns across America; a small statuette of the sculpture is also on permanent display at the White House. The iconic statue has appeared on one of the Beach Boys’ record labels (Brother Records) and has made other appearances in pop art. Still, this Indian with his body open to his god has a very special meaning for all Scouts in Troop 16, as we remember our higher power daily.