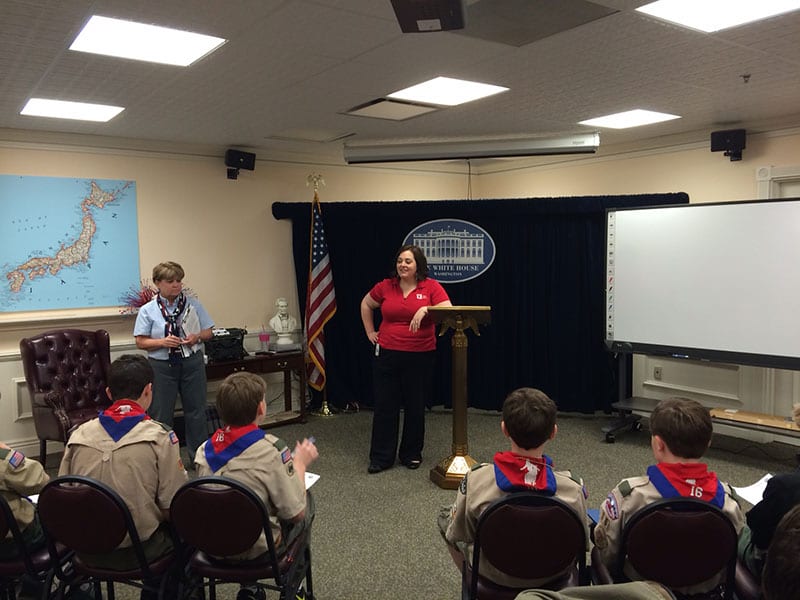 Just days before Harry Truman’s birthday, nine Scouts from Troop 16 attended a very special program at the Harry S. Truman Presidential Library in Independence, Missouri. The program was a test to see if the Library could provide Scouts with an engaging presentation while teaching the Citizenship in the Nation merit badge. Troop 16 is the first unit to participate in the curriculum.

The day began by visiting a replication of Truman’s White House West Wing and the Library’s White House Decision Center. Leaders from around the world have visited this very location (and paid lots of money) to participate in a very similar version of the program that Troop 16 Scouts participated in. After a briefing, Scouts were treated to a private tour of the Library and its grounds. They saw Truman’s office, a replication of his Oval Office, lots of Truman memorabilia, and his gravesite.

Soon, it was time to get down to business. The Scouts were assigned a cabinet role, from Secretary of the Navy to Secretary of State. Each was given a dossier of previously classified documents to read to familiarize themselves with their characters thoughts and information during the time early in Truman’s first term.

Scouts had to decide what to do about Japan’s aggression and the war in the Pacific. After researching their role, they met and debated decisions and argued for action. Should America drop an Atomic bomb or should they create a naval blockade around the island country?

Through he exercise and the day’s events, all Scouts completed the requirements for the merit badge. It was an incredibly engaging and informative day and Troop 16 is fortunate to have been able to be the very first unit to participate in this program.

More photos below and here. 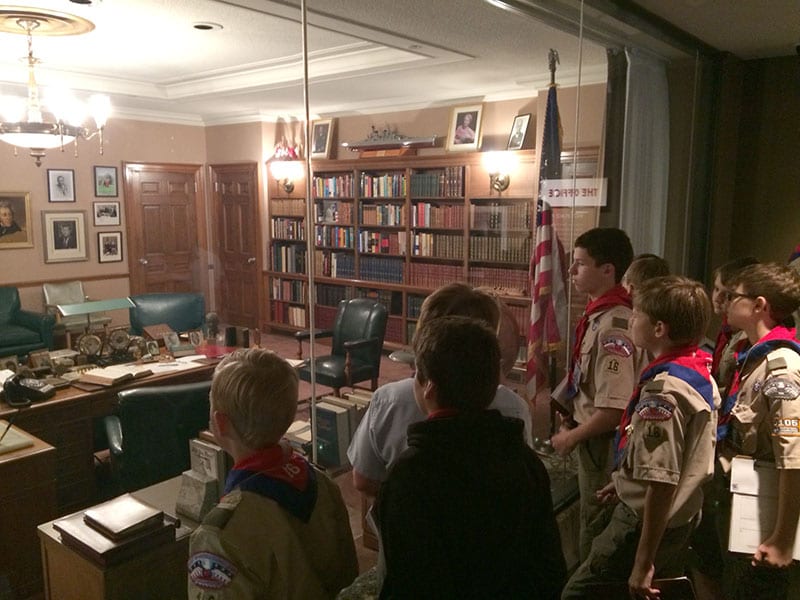 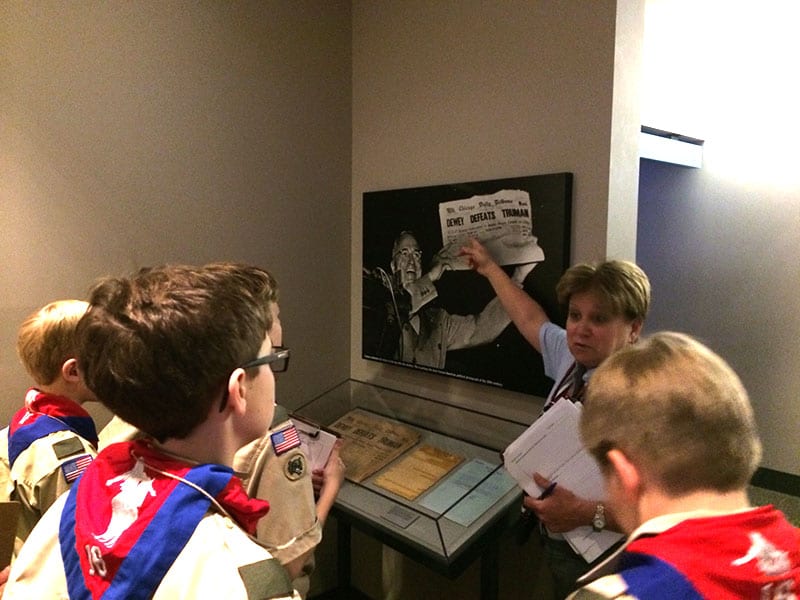 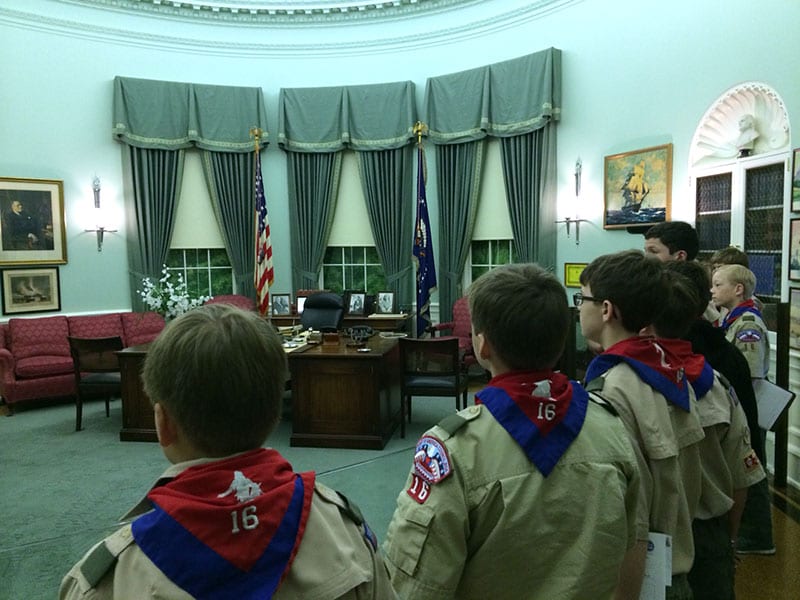 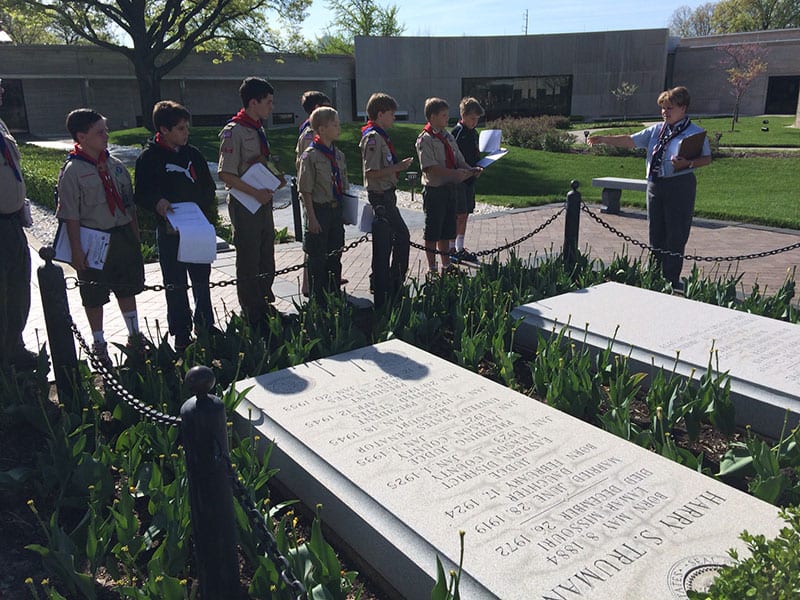 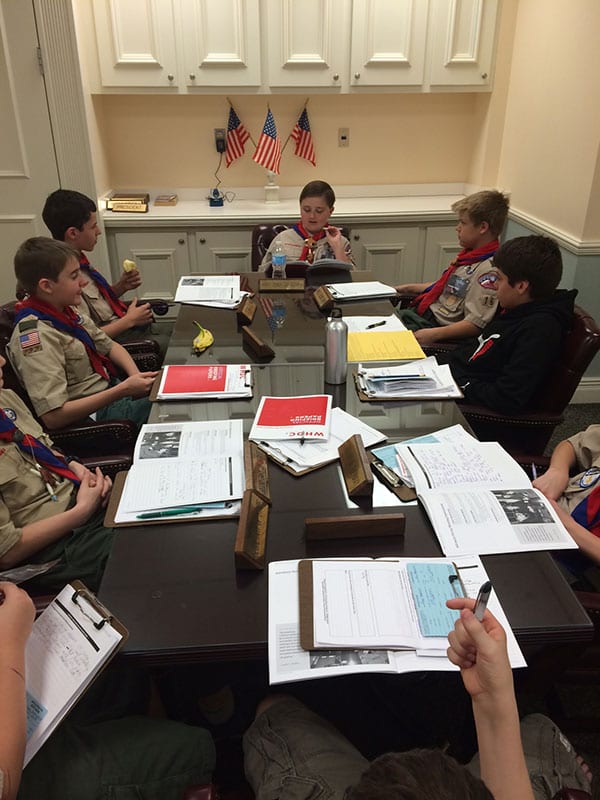 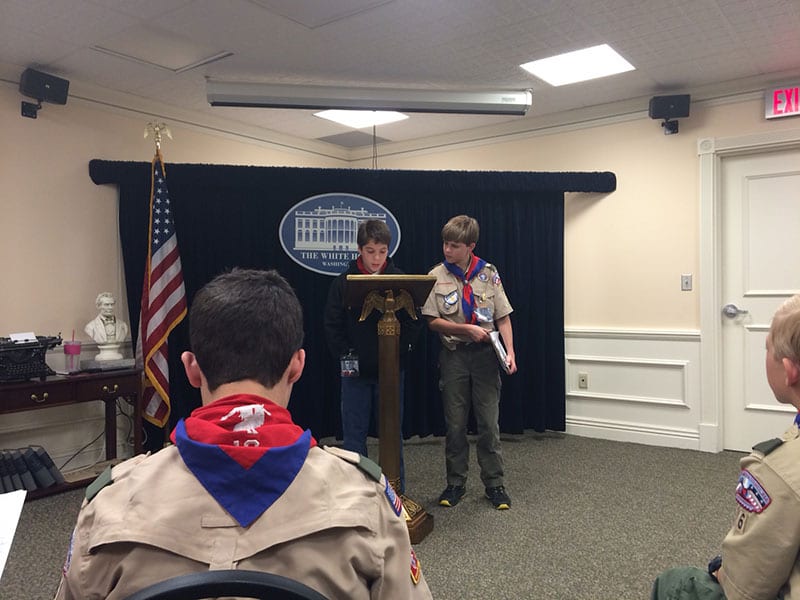 About the Author: David Banks 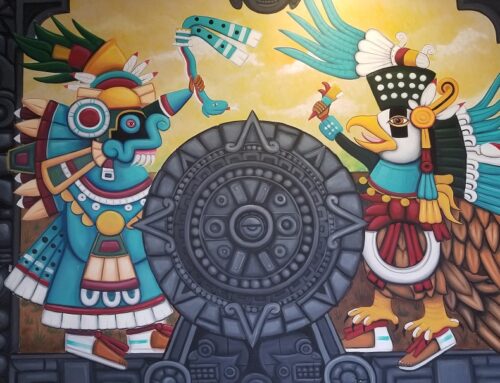 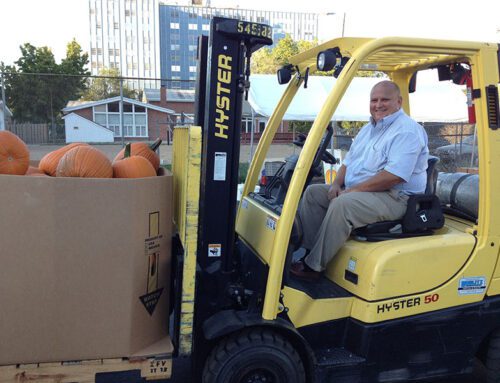 Pumpkins Are On the Way! Gallery

Pumpkins Are On the Way!